This is a tad late, but let’s go through the 2020 StackOverflow Developer survey to see what we can see. I will bias toward the professional data when available. I’m sure there will be a bunch of cool factoids, and tidbits that will support my pre-existing conceptions about the direction of the tech industry. With 65,000 respondents to this survey I’m sure this is a well balanced overview of what is going on, and not biased towards people that know, and care enough about Stack Overflow to complete their survey. Anyways enough cynicism, let’s get to it. :D

Right away, I am greeted with the following:

This bodes well. Kudos to them for trying.

Python fell from second last year to third this year on the list of most loved technologies, being beat out by TypeScript.

Python got beat out by TypeScript as a most loved language. Super javascript is making gains. I wonder if there are any pokemon clones in TypeScript because obviously that is the only true measure of a programming language.

80% of respondents believe that DevOps is at least somewhat important, and 44% work at organizations with at least one dedicated DevOps employee.

Four out of five respondents have a clue what they are doing. That thing where you make the spaghetti you write available for others to use is kind of critical. Otherwise you may as well stay home…oh wait, we are.

This second part hits on something real. I’ll be curious to see how this develops into the future. It really seems like more and more your basic developer is just expected to know devops stuff. I’m all for this. I see this like unit tests in how that used to not be a thing all software engineers did. Being able to set up, and maintain some CI/CD stuff should be expected. Hopefully we move away from dedicated teams, and towards more integrated approaches.

When asked what steps to take when stuck on a coding problem, 90% of respondents indicated they visit Stack Overflow.

This may be more a product of good SEO than Stack Overflow being much better than other sources found online. More than half the time I go straight to the MSDN docs, and they have pretty much always been reliable.

The 15% that play games are my people. I have no idea what the 10.9% that panic are doing, but I assume that was a joke.

This is nuts, and needs to stop. 10.9% replied as never working overtime. I am the 10.9%, and with heroic enthusiasm I will stay there.

0.3% of respondents had never visited Stack Overflow before taking the survey. 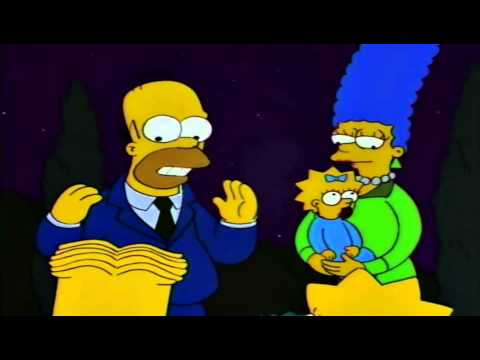 About 55% of respondents identify as full-stack developers, and about 20% consider themselves mobile developers.

I prefer either the terms code monkey or software god. However more seriously, this field, people that code, is an incredibly large area with many many different subspecialties. It is always cool to learn about ones I didn’t previously know about, and I think educating people about all the different areas is important.

69.7% of devs using JavaScript goes hand in hand with full-stack and front-end devs having such a high percentage of the software engineering conversation. Hopefully, C# at 32.3%, will continue to grow going forward into the future. It’s a great language. I am happy to see Go continue to rise as well. .

React overtook Angular from last year’s survey growing 4% whereas use of Angular fell 6%. Vue gained 2%. No surprises there Angular is falling out of favor, and React is coming to clean house. That said I still think Vue will take over in the long run for most used web framework.

ASP.NET usage at 22.9% and ASP.NET Core at 20.3%. Last year there was just ASP.NET on the list at 27.2%. I’m curious what the overlap is there, and what the real number will ultimately be for Microsoft’s web products.

MySQL, PostgreSQL, and Microsoft SQL Server are the big 3 databases once again this year even growing in usage. I don’t expect this to change.

ASP.NET Core being the most loved web framework is a welcome surprise after the previous charts with React, and Vue coming in the next two places. Angular is the most dreaded which further supports my pre-existing conceptions. See I told you this would happen.

GitHub being widely used as a collaboration tool is no surprise since it’s built into the place with the code. Shout out to my 30.6% of Trello people. :D

I would love to see a breakdown of this between frontend and backend developers. How much does embedded change? I feel like all the changes in front-end frameworks, tools, and libraries is the big driver here.

over 20% of academic researchers, … are actively looking for a new job

Unfortunately, academia is a trap, and the next point is very related.

Well that was fun. We’ll give this another go next year.

Written by Carl Lloyd. He spends his time playing with technology, and learning new things.